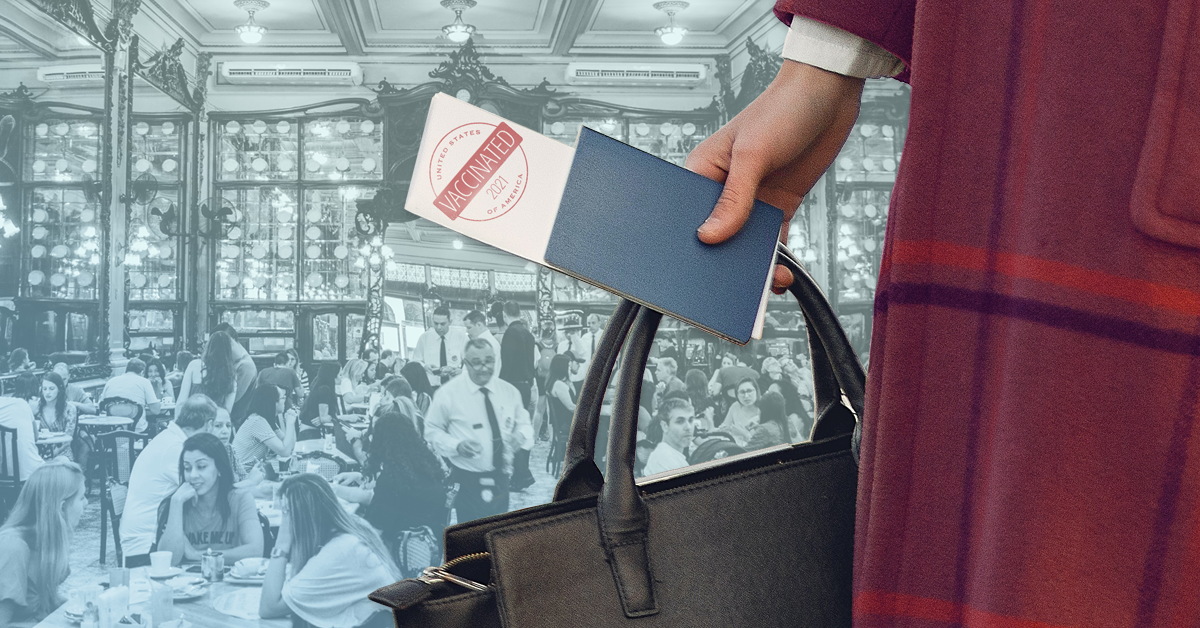 In our last edition in the Life in the Time of COVID-19 survey series, we asked respondents how likely they were to get vaccinated against COVID-19 once eligible. In the weeks since that post, we were curious how perceptions of the available vaccines have taken shape. Furthermore, President Biden has announced there will be enough vaccine for every adult in the U.S. by the end of May 2021. He has also instructed states to open eligibility for the vaccine to all adults no later than May 1st. Following the vaccine distribution period, there will be a time of readjustment.

Earlier this month it was reported Detroit Mayor Mike Duggan refused 6,200 doses of the Johnson & Johnson (J&J) COVID-19 vaccine meant for his community. In speaking about this decision, Duggan suggested a preference towards the other two authorized vaccines (Pfizer-BioNTech and Moderna) due to their superiority over J&J.

The efficacy of preventing detectable COVID-19 by each of the vaccines granted Emergency Use Authorization by the FDA are as follows: Pfizer-BioNTech = 95%, Moderna = 94.1%, Johnson & Johnson = 66.3%. At first glance, these rates appear to suggest the J&J COVID-19 vaccine does not hold up against the other two; however, it can be misleading to consider these rates alone. The data from the clinical trials for each of the vaccines reveal they are all 100% effective at preventing the gravest threats from the disease: hospitalization and death.

To assess whether the J&J vaccine is less preferred than the others among the general public, we asked survey participants: 1) if they would have a preference for which vaccine they received, and 2) if they did, to then rank their preferences between four vaccines. The four vaccines included were the three vaccines used in the U.S. (i.e., Pfizer-BioNTech, Moderna, J&J), as well as AstraZeneca. The AstraZeneca vaccine has not yet received FDA approval for use in the U.S., but it has been approved for use by the World Health Organization and the European Union. It should be noted that this survey was fielded just after administration of the AstraZeneca vaccine was paused in Europe due to the possibility of blood clots, which most likely impacted the results.

Of the 69% of respondents who expressed a willingness to get the vaccine, 55% said they would have a preference for which vaccine they receive(d) if given a choice. Among those, J&J (42%) was the top-rated vaccine of choice.

It is heartening that respondents favor the J&J vaccine notwithstanding the lower prevention rates, as it has simpler logistics for administration and distribution than the other two approved vaccines. It requires only a single dose (rather than two) and has more flexible storage requirements than both the Pfizer and Moderna vaccines.

After most adults in the U.S. have had the ability to receive the vaccine, a next step in the nation’s path to recovery will be deciding how to ease social distancing measures. It is a complicated topic with myriad factors at play. One constraint that is expected to emerge: proof of vaccination (i.e., an immunity passport) may be required for international travel.

Israel recently rolled out this concept within its borders with a program called “Green Pass.” Vaccinated citizens receive a digital record to present in order to gain access to leisure activities. The program is an effort to facilitate low-risk social activities for vaccinated people.

Could a similar program be acceptable to people in the United States? All respondents in our survey were asked to consider the time that shortly follows the vaccine distribution period, where all adults have had access to the vaccine. When asked how they felt towards an immunity passport policy as a requirement to participate in social activities, responses were essentially split: 48% strongly or somewhat opposed, and 52% either somewhat or strongly favor.

While this split in opinions toward the hypothetical policy may be ever more evidence of a divided nation, consider another angle: the United States is a large and diverse country, and that diversity ought to be celebrated. We are soon approaching a new phase in the age of COVID-19. Let’s all aim to work together to tackle the new challenges which arise with it.