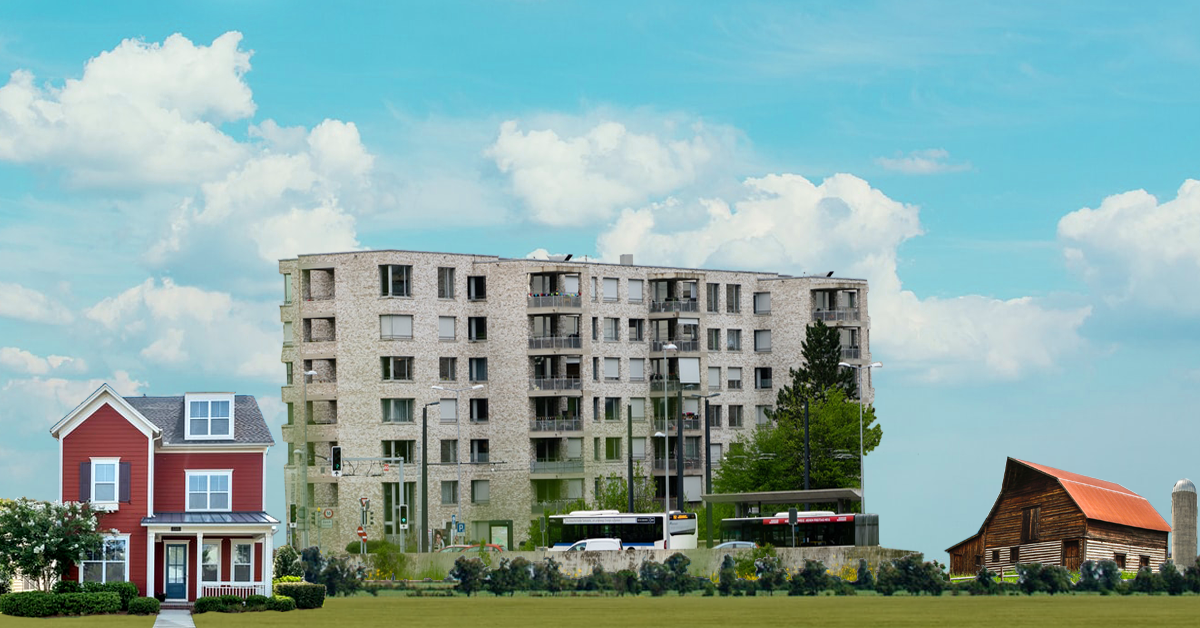 Ariana, the Marketing Manager of a company that sells home and patio products, needed to improve marketing campaign effectiveness. From prior research, she learned that a useful segmentation was urban-suburban-rural. Style trends varied along these community types, and it would best serve the company to feature products according to each area type. Having been referred to IntelliSurvey for market research services, she moved forward with a survey project.

After reviewing the questionnaire, IntelliSurvey suggested Ariana supplement the “How would you characterize the neighborhood you live in?” question with a ZIP-code-based lookup of the official urban-suburban-rural designation.  The results were strikingly different; 45% of respondents characterized their area differently than the ZIP code derived designation.

The results of a survey among 1,000 US residents asked, “How would you characterize the neighborhood you live in?” with answer options of “urban,” “suburban,” and “rural.” A comparison of the respondent characterization and the ZIP code derived designation revealed a 45% mismatch. The leading discrepancy was people calling their area “suburban” when officially it was “urban.” This accounted for 47% of the 45% mismatch, or 21% of the overall sample.

Ariana was now well positioned to gather more refined insights into her customer segmentation. She ran marketing campaigns with the ZIP code derived areas and found those to be more effective than the respondent labels. IntelliSurvey’s thoughtful suggestion, at no added cost, proved to be highly valuable to Ariana.

This is Ariana’s story – what’s yours?