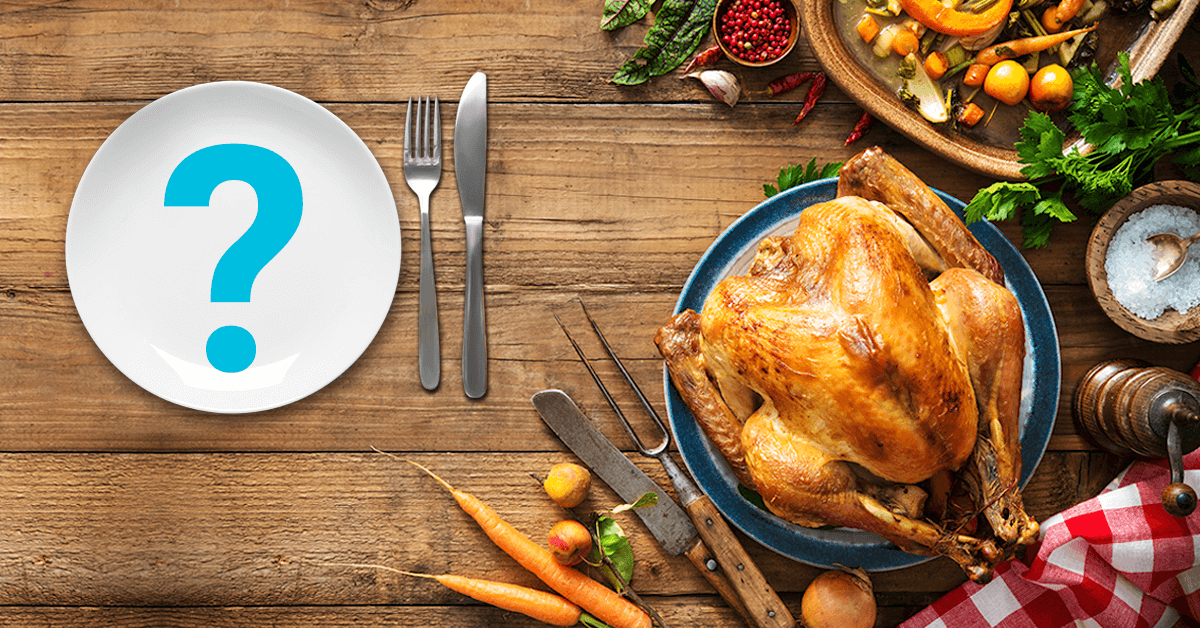 The fall season is here with its many events and holidays to celebrate. Among those holidays is Thanksgiving, which is celebrated every year among many families in America on the fourth Thursday of November (or the second Monday in October in Canada).

Thanksgiving originated in 1621, when the Wampanoag Native Americans and the Plymouth colonists gathered for an autumn harvest feast. This event is commonly called the “First Thanksgiving.” Over the years, Thanksgiving has become a day to give thanks and spend time with loved ones, along with watching parades and football over the course of the day!

What’s on the menu?

To celebrate or not to celebrate? That is the question!

This year, and providing an early reason to be thankful, it appears that some normality is returning to the holiday. Forty-six (46%) of respondents stated that they celebrate Thanksgiving by going to a friend/family members home. Approximately 45% of respondents said they will host Thanksgiving at their own home.

Will you shop until you drop?

Of those who will participate this year, 58% said that they planned to use Black Friday deals to do their holiday shopping. Among the 51% of respondents who stated that they were unlikely to participate in Black Friday this year, the majority of people (61%) stated it was because they are attempting to avoid large crowds.

Thanksgiving is a time to give thanks, and with the country beginning to see some light at the end of the pandemic tunnel, there is much to give thanks for – friends, family, and loved ones top a lot of people’s lists, along with good health, and staying alive/surviving through the last twelve months. However you choose to celebrate and whatever you’re thankful for, we hope you have a Happy Thanksgiving – and while you’re contemplating another slice of pie, here’s a little reading about how Thanksgiving started and how it became a national holiday.