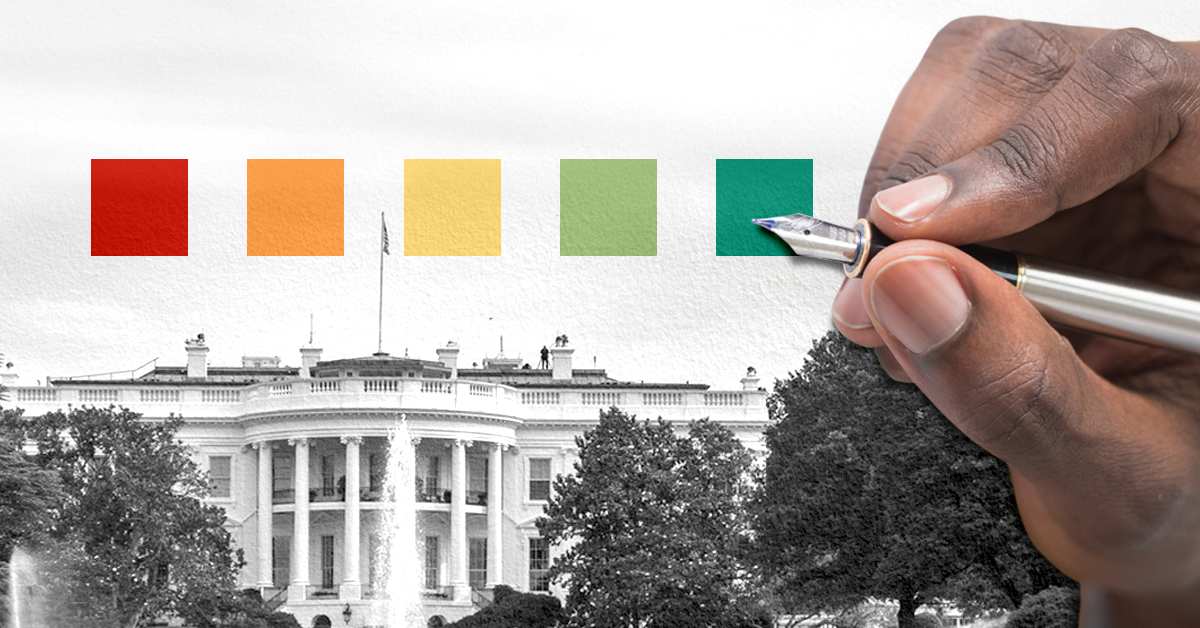 With the new school year rapidly approaching, it’s an appropriate time to see what grade people would give the United States on its handling of the COVID-19 pandemic. At the end of IntelliSurvey’s most recent ‘Life in the Time of COVID-19’ survey, fielded in the US on August 14, 2020 among 1018 adults in the U.S., respondents were asked “What letter grade would you give the United States for its handling of the COVID-19 pandemic?” and asked to select from a list of 13 grades that ranged from A+ to F. Responses were combined into 5 letter grades: A, B, C, D, and F (e.g., grades of A+, A, and A- were combined into a grade of A, etc.). As shown in the following chart, among the total sample, the grades were assigned relatively equally,  with approximately one fifth of the sample selecting each of the five letter grades.

It should be noted that this wave of the survey was not a nationally representative sample, but instead was comprised of roughly equal numbers of respondents from four self-identified groups: White Americans, Black Americans, Asian Americans, and Americans of Hispanic or Latino descent or origin, which better allows for a comparison between each of these groups.

As shown in the chart below, with the exception of a grade of C, differences emerged by ethnicity and/or race in the grades assigned:

It’s been widely reported that Black and Hispanic Americans have been disproportionately affected by the COVID-19 pandemic, so it is not surprising that Black respondents in this survey were more likely to give low grades (D or F) to the US for its handling of the pandemic. However, it is somewhat counter-intuitive that Hispanic Americans were more likely to give the US high grades (either A or B).

After assigning a grade, respondents were asked to explain why they gave the grades they did in an optional question. Some themes emerged from these open-ended explanations, when broken out by grade (note that respondent verbatim comments appear in italics):

A: ‘We’ are doing the best we can, cases have declined, and President Trump/the Federal government acted swiftly.

B:  The response to the pandemic was good, but could have been better, and there is only so much the Federal government can do—much of it is up to the states and individuals.

C:  President Trump didn’t take the pandemic seriously,  and the government should have acted sooner.

D:  Compared to other countries, the US has not done well because of the government’s response and also because individuals in the US have acted selfishly.

F: President Trump spreads misinformation/downplays the pandemic for political purposes, and does not listen to scientists.

We’re All in This Together

As suggested in the explanations for the grades assigned to the US for its response to the COVID-19 pandemic, individuals, along with the federal and state governments, play an important role in how the outbreak has been handled in this country.

The official start of autumn in the U.S. begins in approximately one month. Will the US bring up its grade for its response to the COVID-19 pandemic?  On August 12, during an interview with WebMD, Dr. Robert Redfield, Director of the Centers for Disease Control and Prevention (CDC) suggested that it could. As he said, “For your country right now and for the war that we’re in against COVID, I’m asking you to do four simple things. Wear a mask, social distance, wash your hands, and be smart about crowds. You do those four things, it will bring this outbreak down. But if we don’t do that, as I said last April, this could be the worst fall from a public health perspective, we’ve ever had.”